ABIM is actively monitoring news around COVID-19 and will post regular updates about any changes to scheduled assessments or other impacts to MOC related activities.
Scheduled for an assessment this year? ABIM is working with Pearson VUE to ensure your safety throughout your exam day. Learn more about what to expect at test centers.
Please follow the United States Centers for Disease Control and Prevention (CDC) for the most up-to-date information on the virus.

Expand All | Collapse All 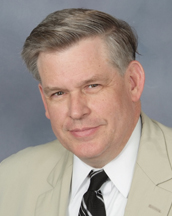 Dr. Means, a board certified internist and hematologist, was the former Dean and presently Professor of Internal Medicine at the James H. Quillen College of Medicine, East Tennessee State University in Johnson City, Tennessee.

Dr. Means is the Chair of the American Board of Internal Medicine Hematology Board Exam Committee. He is past President of the Southern Society for Clinical Investigation and a Fellow of the American College of Physicians. He is also an Associate Editor of the Journal of Investigative Medicine, and serves on editorial boards for the American Journal of the Medical Sciences, Blood Research, and International Journal of Hematology. He is on the Medical & Scientific Advisory Board of the Iron Disorders Institute.

As of March 2021, Dr. Means reported the following external relationships:

Work as an author or editor for following companies, with compensation as listed:

Dr. Means serves in significant roles with the following organizations, receiving reimbursement or compensation as listed:

Dr. Lisa Boggio is Assistant Professor of Medicine in the Department of Medicine, Division of Hematology and Oncology, Section of Hematology. At Rush Medical College, Dr. Boggio is the clinical director of the Rush Hemophilia Treatment Center. This federally-funded center offers comprehensive treatment for children and adults with hemophilia, Von Willebrand disease, and other bleeding disorders, as well as a wide range of clotting disorders. She is also a co-Director of the Consultative Hematology Service.

She is a member of the board of directors and is Medical Director of Camp Warren Jyrch of the Hemophilia Foundation of Illinois. She is a guest reviewer for several journals, including the Thrombosis and Haemostasis, Drugs, Blood Coagulation and Fibrinolysis, Journal of the American Medical Association, The American Journal of Cardiology and Haemophilia.

Dr. Boggio graduated from the Chicago Medical School in 1993 and completed her residency in internal medicine and fellowship in hematology and oncology at Northwestern University.

As of March 2021, Dr. Boggio reported the following external relationships:

Service on a research-related advisory board for the following companies, with and honoraria:

Dr. Boggio serves in significant roles with the following organization, receiving reimbursement or compensation as listed: 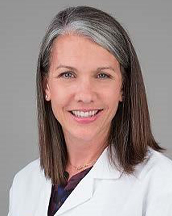 Dr. Davidson is an Assistant Professor of Medicine in the Division of Hematology and Oncology at the University of Virginia (UVA), where she practices hematology at the Emily Couric Clinical Cancer Center. She was initially certified in internal medicine, medical oncology and hematology, and maintains her certification in hematology.

Dr. Davidson specializes in a variety of benign and malignant hematologic diseases, with a focus on cellular hematology. She sees patients with myeloproliferative and myelodysplastic disorders, red cell disorders including sickle cell disease, bone marrow failure syndromes, plasma cell dyscrasias, mast cell disorders and disorders of hemostasis and thrombosis. In addition to clinical practice, Dr. Davidson teaches in the second-year medical student course in hematology and plays an active role in resident and fellowship training at UVA. She previously practiced both hematology and oncology at Associates in Oncology/Hematology in Rockville, Maryland.

As of March 2021, Dr. Davidson reported the following external relationships:

Funding for clinical trial expenses and staff, paid to the University of Virginia, from the following company:

Service on a research-related advisory board for the following companies, with honoraria: 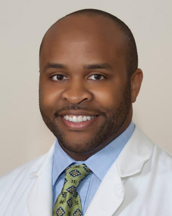 Dr. Donald currently practices at Lourdes Oncology Associates in Lafayette, Louisiana. In 2010, he joined the practice and became Managing Partner in 2014. Additionally, at Our Lady of Lourdes Regional Medical Center, he functions as Medical Director of the oncology service line, a member of the Medical Executive Committee and as a Trustee on the Board of Directors.

As of April 2021, Dr. Donald reported the following external relationships:

Service on a research-related expert panel or advisory board for the following company, receiving honoraria:

Dr. Donald serves in significant roles with the following organizations, receiving reimbursement or compensation as listed: 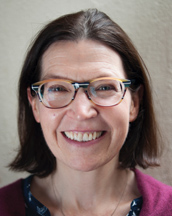 Dr. Hexner is a physician scientist with an interest in education and two major research interests in malignant hematology: the first is in cellular therapies and hematopoietic stem cell transplantation, and the second is in myeloproliferative neoplasms (MPN). Both have a translational focus and align with her clinical roles as Medical Director of the Center for Cellular Immunotherapies and as Director of the Penn MPN program. In MPN she has designed and executed preclinical studies of janus kinase (JAK) inhibitors and also used bioassays and correlative studies in MPN patients treated with JAK inhibitors focused on resistance.

Her work in MPN, cellular therapies, stem cell transplantation, primary cell systems and preclinical and clinical investigation allows me to intersect productively with basic science, transfusion medicine, regulatory, and clinical colleagues. In another major area of focus. Dr. Hexner serves as the Associate Director of the NIH CTSA-funded Masters in Translational Research program at the University of Pennsylvania, serving on the education, selection, and curriculum committees and overseeing a cohort of candidates as a programmatic mentor.

As of August 2020, Dr. Hexner reported the following external relationships:

Funding for clinical trial expenses, salary support and staff, paid to the University of Pennsylvania, from the following companies:

Service on data and safety monitoring boards for the following companies, with compensation for travel expenses and honoraria:

Dr. Leissinger is Professor of Medicine and Clinical Professor of Pediatrics and Pathology at Tulane University in New Orleans, Louisiana, and is Chief of the Hematology/Oncology Division. She became Director of the Louisiana Comprehensive Hemophilia Care Center (now the Louisiana Center for Bleeding and Clotting Disorders) in 1992, and has remained in that position ever since. She is board certified in Internal Medicine and Hematology.

In addition to caring for patients with bleeding and clotting disorders, Dr. Leissinger oversees an active research program. She participates in several clinical research groups, and has been an active investigator for many research studies related to bleeding disorders, with a particular interest in Factor VIII inhibitor development and management.

Dr. Leissinger is a member of the American Board of Internal Medicine Hematology Board Exam Committee. Additionally, she is actively involved in the American Society of Hematology, the International Society on Thrombosis and Haemostasis, and the Hemostasis and Thrombosis Research Society.

As of March 2021, Dr. Leissinger reported the following external relationships:

Funding for clinical trial expenses and staff, paid to Tulane University, from the following companies:

Service on a research-related expert panel or advisory boards for the following companies, with honoraria: 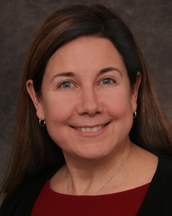 Dr. Michaelis is an Associate Professor of Medicine at the Medical College of Wisconsin. She is the Associate Vice Chair of the Department of Medicine and serves as the Director of Inpatient Services for the Division of Hematology/Oncology. She is board certified in Hematology and her professional interests include clinical research in acute and chronic leukemias.

Previously, Dr. Michaelis was the director of the fellowship program at Loyola University Medical Center, where she worked as a general hematologist for seven years after finishing her fellowship. While practicing at Loyola, Dr. Michaelis became interested in physician-patient education and advocacy as well as peer-to-peer education. She co-chaired the Chicago MPN roundtable, an organization devoted to teaching patients and practitioners about the standard of care in this rare condition.

Dr. Michaelis is active in the American Society of Hematology, where she serves on the publications committee and communications committee and is the editor-in-chief of The Hematologist. She also serves on the Educational Committee for the Society of Hematologic Oncology and also serves on the American Board of Internal Medicine Hematology Board Exam Committee. She is a member of the ASH guidelines committee on leukemia in the elderly and continues to participate actively in patient-education forums, speaking nationally on myeloproliferative disorders to patient groups.

Dr. Michaelis did her fellowship in hematology and oncology at the University of Chicago and completed her internship and residency in internal medicine at the Brigham and Women’s Hospital in Boston. She graduated from Harvard Medical School in 2000. Before entering medical school, Dr. Michaelis was a newspaper and magazine reporter. She earned a Master of Journalism degree from Northwestern University and worked at news outlets throughout the country, including the MacNeill-Lehrer NewsHour, the Los Angeles Times and Congressional Quarterly.

As of May 2020, Dr. Michaelis reported the following external relationships:

Funding for clinical trial expenses, salary support and staff, paid to Medical College of Wisconsin, from the following company:

Work as an author or editor for following company, with compensation as listed:

Dr. Michaelis serves in significant roles with the following organization, receiving reimbursement or compensation as listed:

Danielle A. Shafer, DO 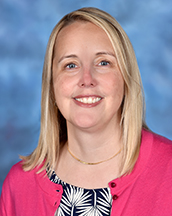 Dr. Shafer is the Director of Hematology Research at Inova Schar Cancer Institute in Fairfax, VA where she practices. She has maintained her certifications in internal medicine, medical oncology and hematology.

Dr. Shafer specializes in the treatment of malignant hematologic disease with a focus on acute leukemia and aggressive lymphoma. She is also a strong advocate for clinical research and has been principal investigator of several Phase I trials. At Virginia Commonwealth University, she was Medical Director of the Clinical Trials Office at Massey Cancer Center. In addition to clinical practice and clinical research, she has been involved in medical education including the first-year medical student course in malignant hematology as well as formal resident and fellow education.

Dr. Shafer received an engineering degree from Michigan State University and her medical degree from Chicago Osteopathic Medical School. She completed internship and residency in internal medicine at Loyola University in May wood, Illinois and fellowship training in hematology and oncology at Fox Chase Cancer Center in Philadelphia, PA. She also received her masters degree in clinical research methods from Loyola University in Chicago.

As of September 2020, Dr. Shafer reported the following external relationships:

Dr. Shafer serves in significant roles with the following organization, receiving reimbursement or compensation as listed:

ABIM recognizes the potential value of many types of relationships between health care experts and the healthcare-related industry. To help ensure the independence of all ABIM policies, programs and products, ABIM requires that those who serve on ABIM boards and committees provide detailed disclosures about their relationships with healthcare-related companies, including research, educational activities, intellectual property and service on healthcare-related company boards. Leadership roles with and grant funding or other compensation from other non-profit healthcare-related organizations are also disclosed. This information is shared among members of each board or committee, enabling open discussion about the nature of the work involved and any possible influence on the work of ABIM.

ABIM collects—and members share—information in much more detail than is reported here. We welcome questions about our Conflict of Interest (COI) policies and processes. Please contact us at ABIM Governance Services if you have any questions.